As always, it was a good year for music! I've completed my favorite song list of 2011 and posted it on Spotify.

Foster The People – Pumped Up Kicks A great song to kick off the collection, it also kicks off a short gun-themed set. Note that the collection ends with a gun-themed song too.
Imelda May – Johnny Got A Boom Boom
Danger Mouse – Two Against One (feat. Jack White) Danger Mouse's Rome CD was amazing - I chose 2 songs for this collection, but there are many more great songs too.
Chris Difford – Like I Did Good for all the rock-loving parents out there, and quite a lovely tune too.
Diego Garcia – Under This Spell I'm guessing Amy's Leo will like this one.
Gomez – Options
Imelda May – I'm Alive Sounds quite a bit like Nick Lowe; and each of the 3 Imelda May songs here sound different from each other.
Nick Lowe – Shame on the Rain Yeah, I should have included his song "I Read A Lot" but this fit better.
The Steep Canyon Rangers – Atheists Don't Have No Songs Steve Martin is amusing here. This song kicks off a short (and hopefully not-too-offensive) religion set.
The Dirt Daubers – Wake Up, Sinners
Eliza Gilkyson – 2153
Eleanor Friedberger – Heaven
Emmylou Harris – Big Black Dog A great sing-along song, whether you have a dog or not. It's fun for cat lovers too.
Iron & Wine – Tree By The River How can you not love a song with this lyric: "I mean the world to a potty-mouth girl, with a pretty pair of blue-eyed birds." ?!
Danger Mouse – Black (feat. Norah Jones)
Sarah Jarosz – Annabelle Lee
Robbers On High Street – Second Chance Thanks to Amy for alerting me to Robbers on High Street; this isn't the song she first recommended, but it's quite a fun song anyway.
Garland Jeffreys – Rock On The first of two covers; I want to pair this one with Spiders & Snakes.
Imelda May – Tainted Love The start of this song makes me think of the Waitresses, which surely was intentional.
Noah And The Whale – Just Me Before We Met My favorite line: "don't be shy; be brave little champion."
Peter Bjorn And John – Tomorrow Has To Wait
Angus and Julia Stone – Big Jet Plane Lolhusband doesn't like that there is only one lyric here, but I love how it sounds.
Thomas Dolby – Road To Reno It's been a long time since he's had a new album, and this was worth waiting for.

This is neither cognitive nor librarian, nor, really, science ... but it's pretty and I like it. I'm thinking about participating in Lisa's Chaos Macro Monday (today's are stunning!), as I really like taking close-up photographs of flowers and other pretty things. 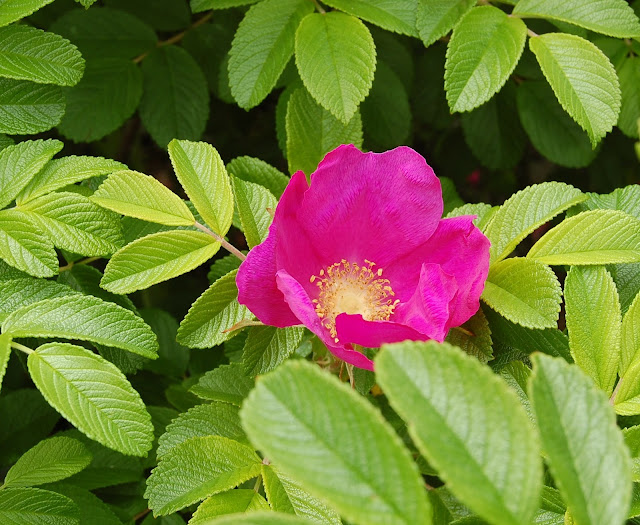