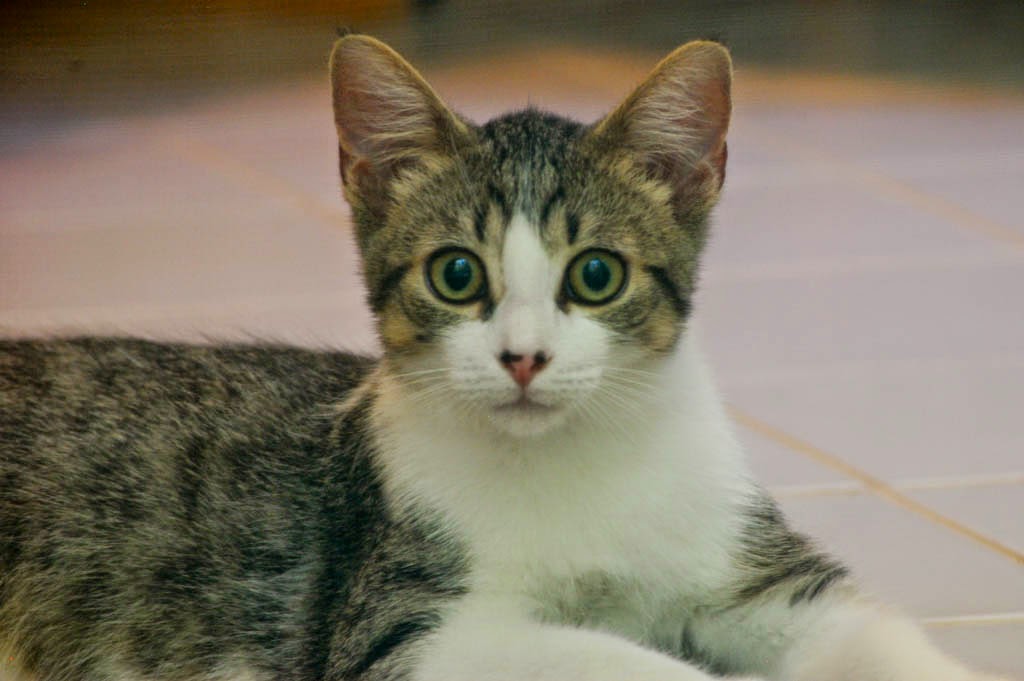 We adopted kittens Webster and Lucinda (not biological siblings, but fostered together) in August: he was about 4 months old and she was a month older. They were darling kittens and really got along well together.

Sadly, Webster developed Feline Infectious Peritonitis (FIP), which is what his brother Darnarian died of back in May. It's a horrible disease which affects many internal organs and is always fatal, usually quite quickly. We were fortunate that Webster lived with his diagnosis for almost two months; his initial prediction was 20-30 days.

His primary nickname was Superman because when he jumped off a table or the bed he would spread all four legs wide and sail off into the wild - and if he'd had a cape, it would have flown out behind him.

Webster was a regular newspaper eater: he liked to sit on the kitchen table with me and chew on the paper as I read it. And he was a crafty kitteh: Webster liked to sit in the middle of my photography work and provide assistance.

Webster preferred to chase his food than eat it out of a bowl. More than once, he left a full bowl of crunchies in order to chase kibbles I'd thrown to keep his sister Lucinda running & in shape. Webster ran down the hall to chase crunchies, returning to his bowl only when the game was over.

He was a very affectionate, social cat. His purr motor was almost constantly on; in fact, two veterinarians had trouble hearing his heart due to his purring. He liked to be with his people and his sister Lucinda, right up until the end. He is survived by his adopted sisters Lucinda (now 9 months) and Emma (a very healthy 15 years). 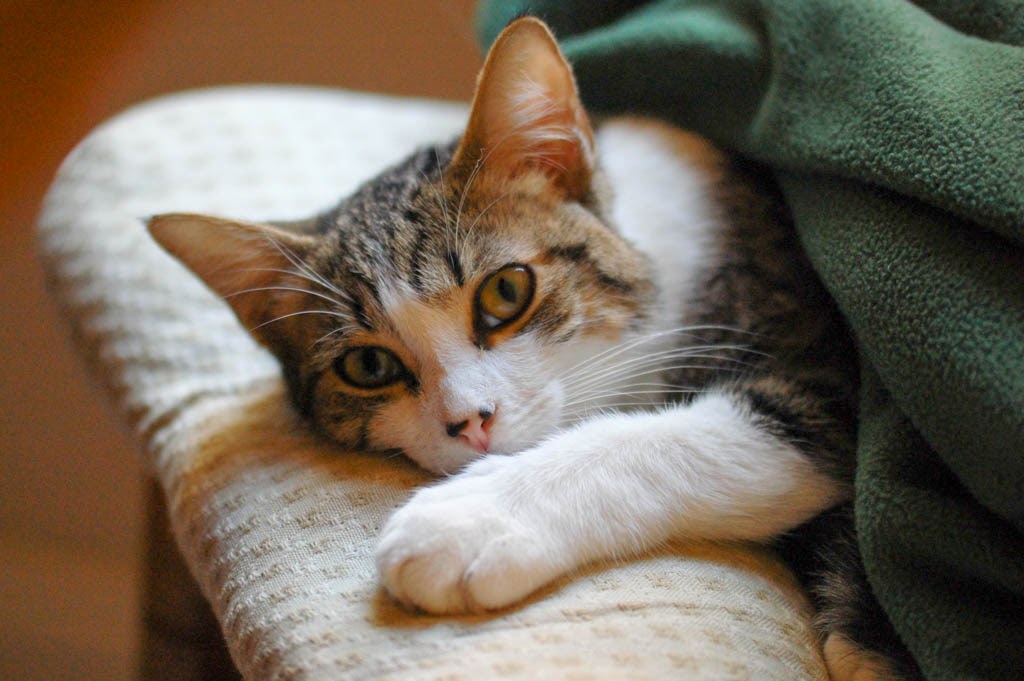 Thanks to ...
For More Information about FIP
For Helpful, Knowledgeable Support

Posted by CogSciLibrarian @ 8:24 AM No comments: