Here are a few of my recent favorite things, for your Thanksgiving (U.S.) browsing pleasure:
Bora posts a great article on New and Exciting in PLoS ONE: an article entitled Whole Body Mechanics of Stealthy Walking in Cats and he asks for LOLCat submissions to illustrate the articles. I'd like to see that too!
/\/\/\/\/\/\/\/\/\/\/\
I just bought the library a terrific book called Head First Statistics (O'Reilly, 2008), which I like for several reasons:
Check out the book ... either to learn statistics, or to get ideas on how to make reading tough concepts manageable.
/\/\/\/\/\/\/\/\/\/\/\
Heard some interesting (but not uplifting) brain science stories on the News Hour:
Read the transcript, download the audio, or watch the video on the News Hour site.  (Note to the News Hour: nice way to keep your content vibrant in this multimedia age!)
Posted by CogSciLibrarian @ 9:56 AM No comments:

You may remember that I recently wrote about UConn's project to digitize books published prior to 1923 ... focusing on 200 or so psychology published before 1923.  I've heard from lots of UConn faculty voting for various titles (thanks!) and I'm keeping an annotated list of print candidates for digitization in Google Docs; browsing the list, you can see which titles are popular. 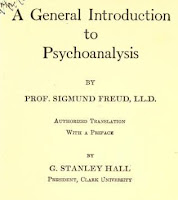 I was also excited to find that many of these titles have already been digitized!  Since they already exist online, we will add them to Homer, our online catalog so that they'll be available to all.  In the meantime, if you want to take a peek inside some psychology classics, take a look below:
Most of these are available through the Internet archive, but others are available through Google Books or other electronic book sites.  All are free for anyone to use!
Please let me know if you don't like the quality of the digitized book already available online; I've been told that we will digitize titles that are already online if folks would prefer a better quality scan.  And let me know if you have any questions!
Note: no books will be harmed during digitization.
Posted by CogSciLibrarian @ 11:57 AM 1 comment:

I spent some time this evening reading thoughtful, well-reasoned critiques of a few recent medical studies. On his blog, Genomics, Evolution, and Pseudoscience, Steven Salzberg describes 5 problems about the recent report that Cresor can result in "a 'dramatic risk reduction' in heart attack risk for men."

In Serious doubts about new study of statins and heart disease, Salzberg summarizes the studies: "[they] claimed that people with normal cholesterol levels could get significant health benefits [by taking Crestor]. If true, [these two studies] impl[y] that millions more people should start taking statins to protect themselves against heart attacks." He adds "[t]his new finding is rife with problems, despite the breathless news reporting about it" and goes on to describe 5 of them:
It's a fascinating read, because Salzberg knowledgably disputes the articles' claims (and includes a few snarky notes about how the media covered the story).

For the socially networked: I found this blog through my FriendFeed buddy Jean-Claude Bradley, who follows Lars Juhl Jensen, who linked to Salzberg's blog.
Posted by CogSciLibrarian @ 6:30 PM No comments:

Maybe you heard about a weight loss "ripple effect" among couples over the past few months; the story had crossed my radar, but I didn't realize the study's author was a psychology professor at UConn.
There's an article in the Nov. 10 issue of the UConn Advance, highlighting Amy Gorin's published study in the International Journal of Obesity which demonstrates that if one member of a couple goes on an "intensive weight loss program," their spouse will probably lose weight too.
Gorin's study looked at 357 pairs of participants in Look AHEAD, "evaluating the impact of intentional weight loss on cardiovascular outcomes in overweight individuals with type 2 diabetes" (quote from article abstract) to see the effect of this weight loss program on the non-participating spouse. In fact, the Advance notes that "[s]pouses of individuals enrolled in the more intense program lost an average of five pounds, even though they did not participate in the weight loss program themselves."
Why does this happen? The Advance quotes Gorin:

“When we change our eating and exercise habits, it can spill over in a positive way to other people. This is evidence that if you change your own behavior, you may motivate others around you and get them motivated as well.”

The reach of behavioral weight loss treatment can extend to a spouse, suggesting that social networks can be utilized to promote the spread of weight loss, thus creating a ripple effect.

Yay for social networks!
For More Information
Posted by CogSciLibrarian @ 8:52 AM No comments:

Email ThisBlogThis!Share to TwitterShare to FacebookShare to Pinterest
Labels: psychology 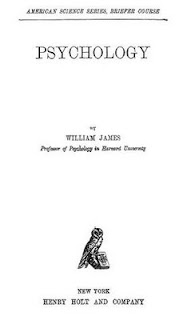 UConn is participating in an exciting project whereby we are digitizing pre-1923 / out-of-copyright books as part of the Boston Library Consortium / Open Content Alliance project, with a goal of scanning approximately 1500 UConn books a year. The digitized books will be listed & linked in Homer, the Libraries' catalog, and will be online through archive.org. Note that many pre-1923 psychology titles are already there, including these works by or about William James and psychology.

This relates to psychology because I get to select 50 titles to be digitized from over 200 identified psychology titles -- and I'd love input from the UConn psychology department. You can see the list of digitization candidates in Google Docs. If there's a title or two (or more!) that you'd like to see digitized, please let me know.  Note:  some of the titles we'd like to digitize are already available online -- if that is the case, they will be directly added to Homer.  My deadline is Dec. 1, so I'd like to receive comments by Nov. 20.

Posted by CogSciLibrarian @ 2:16 PM No comments:

On special news days, I like to head over to the Newseum to browse the front pages of newspapers across the United States and around the world. 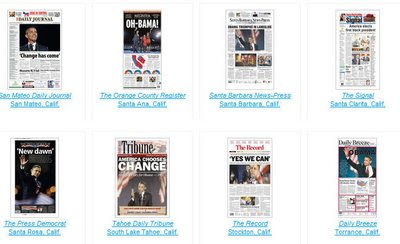 You can browse all 674 (as of today) or you can just look at the front pages by region, like the US, the Caribbean, Africa, the Middle East, and more.  If you click on the thumbnail image, you'll see a blown up image of the front page.
You can also look at archived pages for special events, like when the Phillies won the World Series, the first day of the Olympics, or Sept. 12, 2001.
Posted by CogSciLibrarian @ 9:07 AM No comments:

Thanks to WorldCat and Google Reader, I've created some nifty lists that highlight new books I've purchased in communication sciences (either communication or communication disorders) and psychology.  As new books come into the library, I add them to a list at WorldCat, which then goes through Google Reader, and ultimately onto my subject pages for my three disciplines.
Note that those pages are also home to lists of recent publications by UConn faculty in those departments; both pages change frequently, so check them out often!
You can see some of the recent book purchases here:

Please let me know if you'd like me to consider purchasing a book for your subject!
Posted by CogSciLibrarian @ 10:55 AM No comments: