I've had two conversations recently in which I was discussing favorite science podcasts. Since this blog serves as a long-term memory aid, I'm listing, in alphabetical order, some of the sci-tech podcasts I like right now. (read about earlier favorites)
Please add your favorite science podcast(s) in the comments!
Posted by CogSciLibrarian @ 9:14 AM 2 comments:

My Public Schedule for Fall

In case you were wondering, there are a few places you can see me this fall, and if you can't come see me, you can read some stuff I wrote. Here are the details:

Description: This innovative half-day workshop will provide background on usability and define the user experience (UX). We will offer a "live usability lab" with audience assessment of one library web site and provide time and resources to create usability scenarios for YOUR web resources. Attendees will participate in interactive usability testing to evaluate web-based library resources from the user's perspective. You will also develop questions and methodology to assess usability and the UX @ your library!

Description: What do your students think about your school library’s Web site? This session provides a dynamic way to see how usability testing can help evaluate Web resources from your students’ perspective. A panel of librarians will use an innovative, interactive method to assess iCONN; to demonstrate the potential and power of user testing; and to engage the audience by illustrating the process with live data instead of canned examples. This session is for all ages, but is best for librarians who have created web sites for their students.

Posted by CogSciLibrarian @ 12:51 PM No comments: 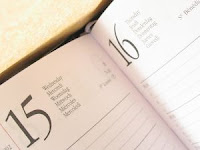 I will be holding two office hours outside of the library this semester.
You can come to see me during those times and ask me anything (preferably about library resources, but I'm game for other topics too) -- no appointment necessary!

I can help undergraduates, graduate students, and faculty improve searches in library "search engines" like PsycINFO, Medline, and Scopus. I can also help you manage the citations / articles you've found using a nifty tool called RefWorks. Bring your questions (and your laptop if you like) and stop in to see me!

Posted by CogSciLibrarian @ 9:18 AM No comments:

About: Library Tip o' the Month

This summer, I was appointed the librarian for the department of psychology at UConn. UConn's department of psychology is organized into six sections, covering Behavioral Neuroscience, Developmental, Clinical, Perception, Action, Cognition, Industrial/ Organizational, and Social psychology. They also offer programs in Language & Cognition and Ecological Psychology. You can see some of the faculty's recent publications in this Scopus feed -- very interesting indeed!

This is great news for me, as I'm quite a psychology buff, and I'm excited to work with some actual cognitive scientists. As part of my new duties, I am going to integrate this blog with my work for psychology and communication sciences (where I am also the liaison). So interspersed with cog sci news & info will be periodic posts providing a "Library Tip o' the Month."

Posted by CogSciLibrarian @ 9:11 AM No comments: 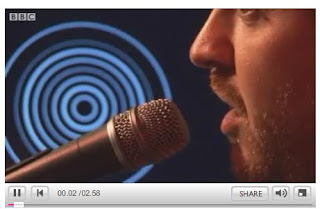 The Talking Books librarian blogs about an article at the BBC about software which helps the deaf to "see" sound. Using the newly-developed software Lumisonic, sound is represented by moving rings which radiate, and change depending on the pitch, volume, etc. It helps people with hearing difficulties understand the sounds they make, such as how loud it is, as well as its texture and quality. There's a neat video, which features kids using a Wii controller to change the sound that they are "seeing" on a computer: "I wanted to see some crazy circles" said one. As he said that, sound poured from the machine, which he was controlling, even though he can't hear.

The BBC article reports that musicians from the London Philharmonic Orchestra played for / with deaf children at Whitefields School in East London. They quote Dr Mick Grierson from Goldsmith's, University of London: "It gave them a way of interacting with sound and music, with musicians who are highly skilled. It enabled them to work with music in a way they haven't been able to before."

Finally, a meme I can (want to) write about! Liam, over at Panorama of the Mountains, lists his Favorite Albums by Year, starting with the soundtrack to Wattstax, back in 1973. I don't think I can go back that far (if I did, it would include things like Carly Simon's Hotcakes, Al Stewart’s Past, Present, and Future, and ELO's Out of the Blue) with my musical favorites. Instead, I'll start my list when I started making my "Favorite Songs of the Year" CD. I can't limit myself to one CD, so I'll list the best and the runner up.
Note that these are my favorite albums during that year, which doesn't mean that the album was released in that year. For instance, Today was released in 2001, but heard and fell in love with it in 2002.

If you're into this kind of list-making, consider yourself tagged for this blog meme.
Posted by CogSciLibrarian @ 10:22 AM 1 comment:

Martin Seligman, the founder of positive psychology ("a field of study that examines healthy states, such as happiness, strength of character and optimism") spoke at the Ted Conference back in 2004, and the video has just been made available online:

He talks clearly about the state of positive psychology today, including some background. Psychology (arguably, clinical psychology, though he doesn't explicitly say this) has long been known for making "miserable people less miserable" - but Seligman argues that there is a cost to this: we become "victimologists," ignore "normal people" and genius, and we don't work on developing "interventions" on helping people become happier.

He describes three kinds of "happiness:"
Finally, Seligman talks about successful "positive interventions" which help improve people's happiness. He assures the audience that studies for these interventions are done in the same "rigorous" manner in which drug effectiveness is tested, including long-term studies, placebo controlled, and random assignment of therapies. He describes some interesting activities which enhance the pleasant life:
Watch the video for details about these activities, and check out his web site for even more information.

Posted by CogSciLibrarian @ 8:46 AM No comments:

My favorite brain science podcaster alerted me to a new-to-me psychology podcast called the Psych Files. In this week's episode, Psych Files host Michael Britt talks about the emotions of (some) Olympic medal winners.

(I think we can probably surmise that gold medal winners are the happiest of the three, but that isn't addressed in the podcast)

Britt's podcast summary is: "Psychologists say that winning the silver medal - coming in second - is actually less satisfying than coming in third - the bronze. Why is that? Sounds weird, but it also sounds right, doesn’t it? Have you ever come in second in a contest or received an A- instead of an A? Find out why winning the silver is…a bummer."

The article's abstract is:

Research on counterfactual thinking has shown that people's emotional responses to events are influenced by their thoughts about "what might have been." The authors extend these findings by documenting a familiar occasion in which those who are objectively better off nonetheless feel worse. In particular, an analysis of the emotional reactions of bronze and silver medalists at the 1992 Summer Olympics -- both at the conclusion of their events and on the medal stand -- indicates that bronze medalists tend to be happier than silver medalists. The authors attribute these results to the fact that the most compelling counterfactual alternative for the silver medalist is winning the gold, whereas for the bronze medalist it is finishing without a medal. Support for this interpretation was obtained from the 1992 Olympics and the 1994 Empire State Games. The discussion focuses on the implications of endowment and contrast for well being.

I particularly enjoyed Britt's analysis of the article, and his (minor) critique. He also offers some intriguing suggestions for extensions of the study. If you want some psychology to go along with your Olympics, this is a good place to look.

Posted by CogSciLibrarian @ 8:43 AM No comments:

Email ThisBlogThis!Share to TwitterShare to FacebookShare to Pinterest
Labels: emotion

Yesterday's Science Times described research published recently in Nature Reviews Neuroscience in which "a team of brain scientists and prominent magicians described how magic tricks, both simple and spectacular, take advantage of glitches in how the brain constructs a model of the outside world from moment to moment, or what we think of as objective reality."

See performances of one the magicians, Apollo Robbins:
(you can also check out his web site, IStealStuff.com)

The Times article talks about the relationship between magic and perception, suggesting that the work of magicians can help neuroscientists understand the limits of perception. My non-scientific take on this is that magicians are exploiting known phenomena like the blind spot we have in our vision. The Times article highlights several magic tricks that rely on these "biological limitations" to trick humans into thinking that magic is being performed, while it comments on how the brain is misled:

The brain focuses conscious attention on one thing at a time, at the expense of others, regardless of where the eyes are pointing. In imaging studies, neuroscientists have found evidence that the brain suppresses activity in surrounding visual areas when concentrating on a specific task. Thus preoccupied, the brain may not consciously register actions witnessed by the eyes.

There are interviews with a few magicians, as well as a description of Apollo Robbins' performance at last summer's Magic of Consciousness Symposium.

Posted by CogSciLibrarian @ 8:34 AM No comments: