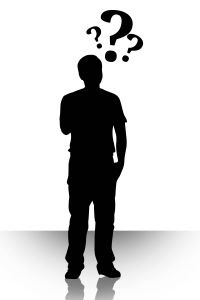 How can we think more critically about science? I've recently heard/ read two bits of information (1) about some bad science being promulgated.

First up, favorite radio show host Paul Harris interviewed bad astronomy blogger Dr. Phil Plait about the anti-autism vaccination movement, spearheaded by Jenny McCarthy and espoused on Oprah. Paul Harris writes on his blog that he "invited Phil to explain the battle between people of reason and people of nonsense, the role Oprah Winfrey is playing in the story, and whether he blames anti-vaxxers for the recent death of a four-week-old child in Australia who died of whooping cough." They also talked about science in Star Trek (not so great either, but at least that's fiction), the Hubble Space Telescope repair, and the upcoming Amazing Meeting (blogged here before). The 30-minute interview is a great listen if you're interested in any of those topics.

And then Bora Z tweets "Newsweek critical of the Oprah Effect re quackery" linking to this Newsweek article: Live Your Best Life Ever!, subtitled "Wish Away Cancer! Get A Lunchtime Face-Lift! Eradicate Autism! Turn Back The Clock! Thin Your Thighs! Cure Menopause! Harness Positive Energy! Erase Wrinkles! Banish Obesity! Live Your Best Life Ever!" In which Weston Kosova and Pat Wingert discuss the Oprah phenomenon as it relates to her passing on information that is scientifically sound (mostly related to diet and overall health) as well as information that is questionable at best (the Secret, taking extra hormones, and vaccines-cause-autism).

"If she says something is good, it must be. This is where things get tricky. Because the truth is, some of what Oprah promotes isn't good, and a lot of the advice her guests dispense on the show is just bad." The Newsweek article also describes what happened to Jenny McCarthy to make her such an advocate for the no-autism vaccination movement: her son was vaccinated and shortly thereafter was diagnosed with autism. Correlation, sure, but not necessarily causation.

Librarians often teach people to question what they find, but not necessarily in the scientific arena. We talk about verifying facts, determining who's behind a certain web site, and when we can do that, it's a good thing (we should do quite a bit more of it, but that's another story). Who is teaching critical thinking about scientific assertions? Or at least, the difference between correlation and causation. Clearly Oprah is having some influence in this arena. It would be nice if there were more public discussion about how to evaluate scientific information; the Newsweek article is a good start.

(1) what do we call groups of articles, podcasts, lectures, etc.?

Posted by CogSciLibrarian @ 5:23 PM No comments:

I just got word that I was awarded the prestigious Shover & Maker award, sponsored by the good library people at the Library Society of the World. I'm in great company, as over 140 librarians have won the award in 2009.

People I know in person:
People I'd like to know ... there are too many to mention! Browse the list of winners, and then ... nominate yourself! The May 15 deadline is fast approaching, so hop on over to the S&M web site to appoint yourself a Shover and Maker.
Posted by CogSciLibrarian @ 4:38 PM 1 comment: