Twelve retired sports players have pledged to donate their brains to Boston University’s Center for the Study of Traumatic Encephalopathy (at BU's School of Medicine) which is devoted to studying the long-term effects of concussions. The Center said last week in a press release that the brain of former Houston Oilers linebacker John Grimsley "... exhibited pronounced chronic traumatic encephalopathy (CTE), a condition that is often seen in retired athletes, such as boxers, who have a history of repeated concussions.

The New York Times notes that one of the NFL players who is donating his brain, former New England Patriots linebacker Ted Johnson, "... hoped the center would help clarify the issue of concussions’ long-term effects, which have been tied to cognitive impairment and depression in several published studies." The Times reports that the NFL believes that "... the long-term effects of concussions are uncertain."

Players do not intend their donation to be a condemnation of the NFL; the Times quotes Johnson: "I'm not being vindictive. I'm not trying to reach up from the grave and get the NFL. But any doctor who doesn't connect concussions with long-term effects should be ashamed of themselves." ESPN.com quotes former NFL linebacker Isaiah Kacyvenski: "There might be a connotation that this is a witch hunt, point the finger at the NFL. It's just not like that."

Six NFL players' brains have been examined post-mortem, and five were found to have evidence of chronic traumatic encephalopathy. Dr. Ann C. McKee, a co-director of the new brain-study center, told the Times:

“I’ve seen thousands of brains of individuals with neurogenerative diseases and debilitating diseases. I can say this is identical to the pugilistica dementia that I’ve seen in boxers in their 70s and 80s. It’s milder because the patients are younger. But once triggered, it seems to progress. The people that develop this disease, most of them show symptoms 10 or 20 years after retirement. It progresses inexorably until death.”

While it's only five cases, McKee says, it is a strong argument for "unequivocal evidence that on-field impacts were a primary cause of the damage, perhaps in association with genetic and other factors her program will attempt to identify."

Boston University released a statement about the study on September 26, which includes some convincing images of brain damage which is an "an indicator of the degenerative brain disease CTE." The images from Dr. McKee show a "microscopic brain section from a 65-year-old control subject," along with a creepy image of linebacker John Grimsley's brain, and a disturbing image of the same cells of "a 73-year-old world-champion boxer with end-stage CTE and dementia."

The press release at Boston University quotes John Grimsley's wife Virginia, who says she plans to reach out to more NFL players, urging them to consider participating in the BU study. "The stigma needs to go away that you’re a sissy if you come out of the game and don’t go back in. A concussion is a big deal. It’s not just a ding."

Posted by CogSciLibrarian @ 8:50 AM No comments:

Australia's terrific cognitive science radio show All in the Mind just had a two-part series called The Power of Plasticity in which host Natasha Mitchell interviewed psychiatrist Norman Doidge (Columbia University and the University of Toronto) and Jeffrey Schwartz (UCLA) about "neuroplasticians" (Doidge's term).

As Mitchell notes on the episode page, "the adult brain was a rigid, unchangeable organ, but that pessimistic perspective is now being radically revised;" she talks with Schwartz and Doidge about the many ways they know that the brain is, in fact, changeable and adaptable.

Schwartz discusses how people with obsessive compulsive disorder can take advantage of the brain's plasticity to actually change the wiring and minimize the disorder. He says that the part of the brain involved with OCD (the cordate nucleus) functions somewhat like the transmission in a car:

... what happens in obsessive compulsive disorder is you literally do get a stuck transmission and you get this error detection circuit coming in from another part of the brain in the front called the orbital frontal cortex locking, and you can't shift out of it and because you're locked in to an error detection circuit, you are bombarded with feelings that something is wrong, even though the rest of your brain and mind adequately can tell most of the time that even though this feels terrible it really doesn't make sense.

And apparently, according to Schwartz, "people could direct their own inner environment through this enhanced understanding. So I said [to myself] this is self-directed neuroplasticity."

Doidge talks about how psychotherapy can also change some of the brain's wiring; his analogy is to skiing:

plasticity is like snow on a hill in winter, if we're going to ski down that hill because the snow is plastic and pliable we can take many different paths down that hill, not an infinite number, there are rocks here and trees over there. And if we had a good pass down the first time, being human we will tend to favour a path close to that the second and third times and then because the snow is pliable and plastic we'll develop tracks which become ruts and we can get stuck in them, brain lock.

He adds that "many of the neuroplastic treatments basically find ways of setting up road blocks, so that you can get out of those ruts and learn about new pathways and grow new pathways etc."

Both Schwartz and Doidge tell some fascinating stories. The two episodes are well worth a listen, and you can read the transcript online if you prefer.

Email ThisBlogThis!Share to TwitterShare to FacebookShare to Pinterest
Labels: brain

what is this carbonated beverage? 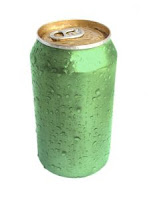 Do you call it "pop"?  "soda"?  a brand name soda pop? I ran across a linguistics map showing who calls it what:

Read about it at the Strange Maps blog, The Pop Vs Soda Map.  They cite an article by Luanne von Schneidemesser, PhD in German linguistics and philology (University of Wisconsin-Madison) showing who calls "carbonated beverages" what.  They note that von Schneidemesser is a senior editor of the Dictionary of American Regional English.
For More Information
Posted by CogSciLibrarian @ 2:49 PM 2 comments: